I was so excited to get the Nike+ SportWatch GPS a couple of years ago for Christmas. It was stripped down to key functionality (distance and pace, time, backlight, upload results to cloud), offered some nice options (add a foot pod and a HR strap) and looks cool (one of the few watches I’ve ever owned to receive multiple compliments)

The watch has worked well, with one critical and debilitating flaw that has turned it into a piece of jewelry. In technical gear Nike has exhibited the “all show, no go” syndrome (for example, the Nike Running cloud software looks fantastic but has limited useful functionality when it comes to reporting) and this watch has ultimately suffered from this.

The watch relies on what appeared to be a very clever USB connection hidden in the strap buckle (see photos).

Now you see it

This is the only way to recharge the device, and to upload runs, clear memory, update watch firmware and settings via the Nike Connect software on PC and Mac.

Unfortunately the wires between the USB plug and the watch itself are not robust and partially failed (of course about 3 months after the one year warranty) and despite numerous calls to the nice folks at Nike Support and multiple attempts the watch is no longer recognized as connected by the Nike Connect software. It can still be recharged however.

Doesn’t sound too bad right? Can still use it to record runs and manually record the distance and time, right? Well yes, until the memory fills up and one discovers there is no way to delete what is in memory, either through a simple erase capability on the watch (best) a device reset (ok), or running down the power (painful, but doable), and the watch will not record new runs once the memory is full.

Final injustice? Watch is not repairable or serviceable in any way. 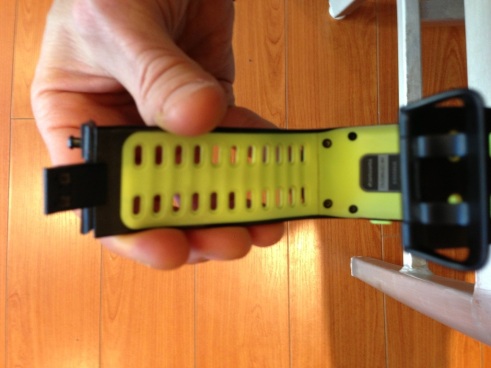 So I’m left with a chunky piece of jewelry that tells the time. Another failed piece of running technology (more reviews on more devices to come)

My plea to product designers: think about failure conditions and how your device will work (or not) once those occur and always provide a workaround! Even if that means just making it repairable.

Ever owned a piece of technology with the same flaw? I’d love to hear your stories.

For the 15+ years I’ve been working in knowledge worker roles, knowledge management has been much spoken about, but never seen.

I’m currently working with a virtual team of nearly 10 consultants.  The firm has had 0ver 80 clients since its founding in 2001, so there is a treasure trove of experience in the firm.  Unfortunately, its in people’s heads, on their laptops, and to a lesser degree on the shared network drive.  Sound familiar?  It’s the classic enterprise knowledge management problem.  You want to tap into the experience of your peers, but there is no easy way to do it.

For example, if I need to run a requirements session, and I know my colleagues have done many, I currently have to phone each one and rely on their memory and availability to send me what they have, or I can browse through the network client folders one-by-one randomly opening documents.  Inefficient and time-consuming.    A Google appliance would help, but the success of that approach depends on the discipline to save relevant files to the network drive.

We need a system which reduces the barriers to storage and search – organization with minimum overhead.  It seems the new abundances of storage, computing power and bandwidth would be amenable to cracking this decades old problem.  Perhaps a version of Google that can search nominated folders and Outlook files on everyone’s laptop that’s working on the same project? How cool would it be if you could just do a Google quality search of the team members’ laptops, maybe with an interrupt alert that seeks their approval of which folders and what results to share? Even cooler if a wiki or other centralized collection of notes and links was auto-created and updated on desired topics again with people’s approval of the search and results.  Any takers? (We could certainly use the help!) 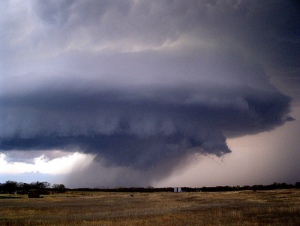 I had lunch (at the fabulous Sanchos btw – love the fish tacos and tried a Mexican coke – they really do taste better) with my good friend and ex-boss, Henry Olson.  He has an uncanny ability to think one step ahead.

After our usual ruminations about what went wrong at Edge, and whether we would have the smarts to detect it next time (and, more importantly, the courage to act), Henry made the observation that companies need to shift from product-directed thinking to  market- directed thinking.  You can’t force the product on the customer – the customer defines the product and what they need from it. We covered this in You Don’t Know What Customers Want – make sure the market is driving requirements, not your perceptions of what the market wants.

Not content with cracking this nut, and as we are both headed for Enterprise 2.0, Henry quizzed me on what’s next for the enterprise.  He had observed last year that the SaaS revolution was in some ways a lot of same excrement with a different delivery method (i.e. paving the cowpath) and the gaps every one seems to be missing are between these disparate cloud apps.  Will anyone see that this year?  How do you solve user provisioning, application integration, and reporting and analytics with different data structures, and customer and product masters.  At this rate, there will be a new wave of consultants earning their fortunes wiring all these disparate cloud apps together – SaaS middleware anyone?

I’ve already observed that  enterprise software feels dead.  The new wave of cheaper, better, faster SaaS solutions are chipping away at traditional enterprise software with point solutions.   If we can stereotype who is doing this it’s unlikely to be the young bucks coming out of Stanford et. al. are going to fully grasp the challenges of enterprise computing, or otherwise be attracted to the relatively dismal world of B2B software.  Far more likely is B2B point solutions will be offered by grizzled corporate refugees, who are more interested in building a tidy nest egg than changing the world (as we are led to believe the starry-eyed younger entrepreneurs are wont to do).  This will most likely mean vertically- focused point solutions based on their experience.  In other words, our seasoned vets are unlikely to take on the tougher, larger problem of getting all of these cloud apps to play nicely together.

Henry wondered if NetSuite is the answer (I don’t know – can anyone comment?) It would seem that we need a bunch of open APIs and standards to make these different cloud applications work together.

Perhaps consumer apps not just raising the bar but pointing the way to new enterprise models? Facebook Connect has been a brilliant success for outsourced authentication – but it has the tiny advantage of being used by everyone (well ~300 million anyway). As more people work for themselves and have greater autonomy they will make the purchasing decisions for themselves –  laptops, productivity software, etc.  This market neatly sidesteps the traditional software problems of long sales cycles and difficulty communicating with the user community. This won’t replace SAP, but it might be the right path for collaboration and other productivity apps.

What are your thoughts for Enterprise 2.0?  How will the incumbents change and what new players will emerge?